The Charm of the Courses

Rokuro Akahoshi is the course designer and creator of Abiko Golf Club. He was born in 1898 (Meiji 31) as the sixth son of his father, Yanosuke, a former federal retainer of Satsuma domain, and his mother, Shizu. Since his father Yanosuke made huge fortunes from his business, Rokuro grew up in a very wealthy family. After graduating from Azabu Junior High School, he studied abroad in the United States following his elder brother Tetsuma (a successful businessman) and Shiro. He studied at Princeton University. There, he became familiar with tennis, football, and golf.

In 1924 (Taisho 13), Rokuro participated in the Spring Tournament, a prominent amateur golf competition. He won the championship as the first Japanese who made victory in an overseas tournament. The following year, he returned to Japan in 1925 (Taisho 14), and won the club championship at the Tokyo Golf Club. He further won in the 1st Japan Open held in 1927, all of which remained as his brilliant results.

In addition to playing by himself, he trained many golf professionals who would later win the Japan Golf Championship. According to the spirit of “Noblesse Oblige” that means high-ranking people have an obligation to act honorably and generously to others, Rokuro played a significant role in the early days of Japanese golf society. Rokuro’s way of thinking about golf seemed to be advocating “bright and fun golf play” in a nutshell. When Rokuro returned from his study in the United States, British-style royal golf was introduced and prevailed in Japan. Rokuro, familiar with popularized American golf, found it cramped and solemn. He wrote in his contemporaneous memorandum, “As a young golfer, you must have the spirit to hit 300 yards by a driver and aim for a pin from near 220 yards with an iron.” In addition to golf, Rokuro has mastered his hobbies such as fishing, and he devoted himself to people. In 1944 he died of sepsis caused by a rusted fishing hook followed by a misdiagnosis. He was only 46 years old. “Bright and fun golf play” and “Golf with spirit” were two fundamental ideas of golf plays that Rokuro kept with himself throughout his life. That is the origin of Abiko Golf Club. 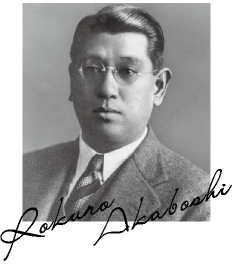 Seminole GC, Augusta CC (both are “World Golf Top 100”), Alpine CC, Saint Louis CC, San Antonio CC … All of these are considered “prestigious” golf clubs, and it was Brian Silva who worked on all of these renovations.

Mr. Silva has received awards such as GOLF DIGEST Best New Course and GOLF DIGEST Best New Renovation. He is in fact a well-known designer and renovator representing the United States in both name and reality. For the renovation of Abiko Golf Club in 2012, we chose Mr. Silva as the foremost. The decision was not only for his career but also his way of thinking about golf courses which shared the same vision with our club. It is a course that pays homage to the natural characteristics of the land, such as terrain and climate, and that all golfers can enjoy a variety of games rather than playing with the same strategy. These resonate with the philosophy of Rokuro Akahoshi, the designer of this club. Mr. Silva was willing to accept the request with two conditions. One was to assign Kye Goalby as a shaper (a person in charge of shaping the terrain). The other was to show the name of Mr. Goalby as a co-remodeler together with Mr. Silva’s name. In this way, the renovation work by the combination of Mr. Silva and Mr. Goalby started.

The renovation work took 10 months. During that time, Mr. Goalby stayed and worked in Japan, putting his hands on, and Mr. Silva visited the club more than ten times. The monument of their hard work is the current 18 holes of Abiko Golf Club.

While attractiveness and excitement of the course are left to you as you play there, we would like to introduce the words of Mr. Goalby on completion of the renovation work, “In my 20-year career, I have never experienced such an enjoyable work as Abiko. The surrounding environment is the most suitable for a golf course, and the original design by Rokuro Akahoshi was so excellent that it took advantage of the location. I feel very fortunate to work on such a great foundation. “ 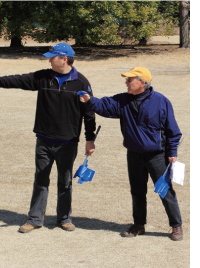 Course renovation with innovation that breathes in the soul

The course is one of the few existing courses designed by Rokuro Akahoshi, who is the pioneer among Japanese golf course designers. Akahoshi’s design philosophy was inspired by his real playing experience in classic courses on the east coast of the United States, especially courses designed by Donald Ross. He was fully exposed to these courses while he was in the United States, including the time for studying at Princeton University. Abiko’s course was designed and completed by Rokuro Akahoshi, who skillfully utilized the terrain between the Tonegawa River and Lake Teganuma based on his design concept.

The course renovation carried out in 2012 was a significant turning point for the club with substantial changes in the long history of the course. On the one hand, the course renovation was carried out while keeping the original design concept of the course, that is, preserving the initial design concept of Rokuro Akahoshi. On the other hand, it responded to the evolution of golf equipment and balls and created a highly strategic course well suited in the new era.

Given these backgrounds and aims, we chose the famous designer Brian Silva, who has won the Best Designer of the Year Award in the United States, and Kye Goalby, a first-class shaper and co-designer to realize the image drawn by Silva. Brian Silva is a designer with a track record of over 70 course-renovations on classic courses on the United States’ east coast and has the greatest potential to meet our expectations.

As mentioned above, we requested Mr. Brian Silva to “renovate the course to be good enough for the new era, while keeping the unique characteristics of Abiko and the original design of Rokuro Akahoshi”. Mr. Silva accepted our request and proposed the following concepts. “To keep the basic design concept valuing nature as it was. To renew the bunker that has been worn out over the years in the long history and artificially raised green. To create a strategic course that leads to a new era. And to make a course that a wide range of average golfers can enjoy.” These designers completed the course refurbishment with the course’s closure for as much as ten months and rejuvenated as a splendid course. The course renovation was a project with an eye for the 100th anniversary of our club, and we are proud that the newly reborn course truly meets our 100th anniversary.

Until now and in the future, we hope that our members will love this club for a long time. 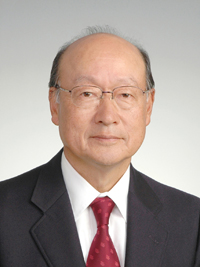